Note: This article will only make sense if you have any knowledge of Linux.

Stop being a sissy. Every time you sudo a command, you deserve to have your man card taken away.

You can start by running as the root account. Do you ever get annoyed because you forgot to put sudo in front of a command and received a permission denied error? Oh that's funny, I wouldn't know about that. Because I'm not a baby.


But What If I Make A Mistake That Breaks My System?

Listen, running for root is not for everyone. If you are so incompetent that you can't even handle using bash without typing rm -rf / every few commands, just stop reading here. Go back to the Ubuntu forums where all of your problems are packaged away for you in nice binaries because you can't even handle installing a program from source.

First, move your crap to the root account. It's in /root. If your distro was stupid enough to not even create a root account and password on install, do that now. Just sudo su or sudo passwd and I guarantee that will be that last time you ever type that cowardly phrase.

Your first thoughts when moving all of your stuff from your home directory to root will be pleasant. Did you notice how everything was read fine, that you don't see anymore locks around your desktop, and that you suddenly have a full beard? 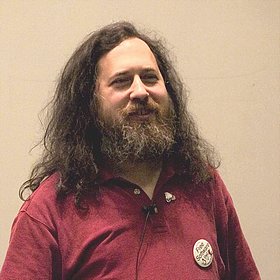 Go take the time to shave, you earned it.

Now that your account is all setup, go ahead, change a config file in /etc. Don't forget to not type sudo this time. What's that, a system update? Go ahead, run it straight on your terminal. Hey, Apache just updated, let's restart it. That'll be no problem on your root account.


Changes In Your Life

Now I'll be honest, running as the root account is not merely a computer decision. It will affect your entire life. People will not longer cut you in the lunch line. You find yourself shaving two times a day. When you tell some idiot to go screw themselves, don't be surprised if they actually do it this time.

Maybe you feel like using a GUI app to mount a drive real quick. It's fun not typing in your password to do something as trivial as that.


I'm Afraid Of The Power, What Is It Like Being In Control?

Okay, imagine this scenario. Rambo, First Blood Part 1. Rambo decides instead of being powerful and running as root, he'll run as the user account john. So he caused a bit of a ruckus in the town, and Colonel Trautman, who is running as root, contacts Rambo over the radio. He tells the lowly user john to come back to base and surrender himself. In this version, Rambo turns himself in, instead of getting to shoot that sherrif a couple times.

That's probably the worst movie ever. Do you know why Rambo is awesome? Because he ran as root. He told the Colonel that he would be making his own decision that day, and I think we can all agree it was the right one.

Do you know why Colonel Trautman couldn't save Rambo with the helicopter in First Blood Part 2?

For some reason, he thought it would be a good idea to start running in a user account. Too bad Murdock ran as root. That's why Rambo had to run as root, otherwise the command

would get him a permission denied error. There was no time to ask Murdock for kill rights and frankly, he wasn't going to grant them.

Other People Who Ran As Root

And you'll never be as great as any of the people on that list. Enjoy your meaningless life.


Update: My Shout Out To dionoea At VLC

I participated in a thread on the VLC forums where running as root was a major issue. Basically, VLC had implemented code that blocked the root account from running the video player. It was hardcoded into the program. The reason for this was because some of the developers felt that nobody should run VLC on the root account, even though it would work fine.

Us root users made our case for running VLC on whatever account we want, and some pansy named Remi Denis-Courmont kept trying to argue that we shouldn't be running as root in the first place, so we have no business demanding that VLC removes their idiotic and unnecessary root check.

Thankfully, a developer named dionoea was able to come to a compromise with us. She added a compile time option that allowed VLC to be ran under the root account. The USE FLAG "run-as-root" was introduced into Gentoo's portage so that VLC can be compiled this way. Thank you, dionoea.

If you can think of any other projects that give you a hard time about running as root, let me know. Remember, it's your computer. Don't let anyone tell you what you can and cannot do. And if you need help automating it, make sure you find a devops who runs as root as well.